Describe your life in a nutshell. Chaotic, in the best way. I’m a stay at home mom of two young kids, so I basically run on coffee.

What book do you recommend to everyone – even people who don’t ask? My new obsession is A Court of Thorns and Roses by Sarah J. Maas. I put off reading it for so long because I was convinced the series was overhyped, but now that I’ve read the first book, I’m obsessed. I can’t stop talking about it! Everyone should read it. And then email/ message me about it so I have someone to geek out with. It’s good!

Which of your quirks have written into a character? I certainly didn’t mean to, but my family members and friends who read my debut novel, Conspiracy Unleashed, said they saw a lot of me in the main character, Cal. I don’t think it was any particular quirk though.

Have you written someone who was rude into a book so you could get eternal payback? Haha. No. I’d feel too guilty!

Which book boyfriend would you run away with? Well, of my own books, I’d pick Gregory from the Abandoned series. But from any book I’ve read? Oh, gosh. That’s so hard. Maybe Four from Divergent ….

Have you ever taken a book-cation? No, but that is an awesome idea!

What Fandom do you geek out over? Game of Thrones and Doctor Who for sure. We may or may not have GOT themed room in our house … and does the Real Housewives franchise count as a fandom? Because if so I’m definitely on board.

Does anyone in your family read your books? If so can they look you in the eye on Thanksgiving? Yes. I do have a very supportive family, and many of them have read at least one of my books. My books are YA friendly, though, so thankfully holidays don’t get too awkward.

How many more stories are rattlingaround in your brain trying to get out? Right now my sole focus is on the Vampires of Crescent Cape series – which is really rare for me. Usually, I have a ton of ideas for stories just begging to be told. But this series is so much fun to write that it’s pretty much all I think about.

What did you have the most fun with in your last novel? Fangs and Fortune is filled with some CRAZY twists and turns. I kept finding myself holding my breath while I was writing it, which I figured was a good sign. If I was getting that into it, hopefully that means readers will too.

Tease Us With Your Latest Book

Danielle always feared supernaturals would be the death of her. She just never expected to come back as one of them.

Danielle must make a choice: die or feed. The decision seems obvious enough, until the hunger sets in …

But is the least of her problems. Because dark forces are conspiring against the kingdom, all while Aiden is spiraling out of control … leaving a trail of bodies in his wake.

And Julian? He might just be hiding the most killer secret of all.

The twists and turns continue in this spellbinding follow-up to Curses and Crowns. 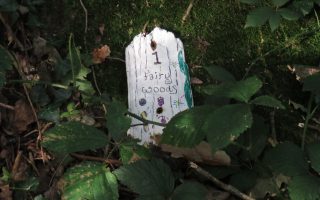 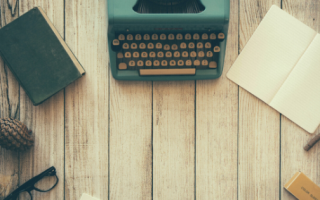